BobRoss has been using the pseudonym (based on the television painter, Bob Ross) since he first got AOL in 1993. He's got a Ph.D. in Clinical Psychology and has been an avid video game player and computer user his whole life. He used to love Magic The Gathering, also way back in those AOL days, and has been playing Shadow Era almost since its inception. He has been mostly a casual gamer, but recently took a more active role in the community with several articles on Shadowera.net and by participating in the World Championship tournaments, where he earned the title of Regional Champion for Europe and Africa (although he lives in New York).
No comments

In this episode, we play my Homungous Garth deck! Enjoy – and feel free to check out my other article about how monster decks work. 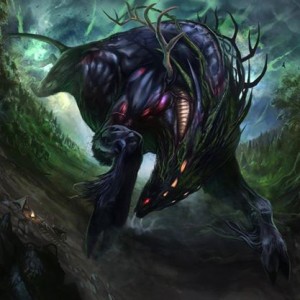 After a long vacation, we are back! Sorry for the delay and hope you all enjoy this tour of Zaladar.

In this episode we give Ythan a chance.

Music is “Could Be Worse – Remix” by Steve Combs, licensed under a creative commons attribution license (http://creativecommons.org/licenses/by/4.0/)

In this episode we play my version of Fat Zhanna and everything goes exactly according to plan, and nothing goes wrong at all. Note although at this point this deck is mostly my own, it started as a deck list given to me by Kyltz, so thanks to him as well!

The music is original by me. I wrote the song a while ago and just recorded it on my iPad. It’s called “Post-Police State Love” https://dl.dropboxusercontent.com/u/2148975/post-police-state-love.m4a

In this episode, we explore the lighter side of the Rampant Krygon nerf. This is a deck that Sam put together over the weekend, using Grimjaw Hydra, Bloodstained Marauder, and Gargoyle – all getting hurt by Gromm’s Whip and Krygon. I call it Masochist Moonstalker.

This is a Newb friendly episode. Sam and I, along with our guest-host Alzorath decided to try the new Bloodfang class deck. We tried to go slow and explain stuff well for all you newbs out there. Enjoy!

Alzorath has his own youtube channel that you can check out here: https://www.youtube.com/user/Alzorath .
He does several gaming video casts including two Shadow Era ones that he updates each week…be sure to check them out!

The background music is an original song written and performed by me.