What did this deck gain from SF? 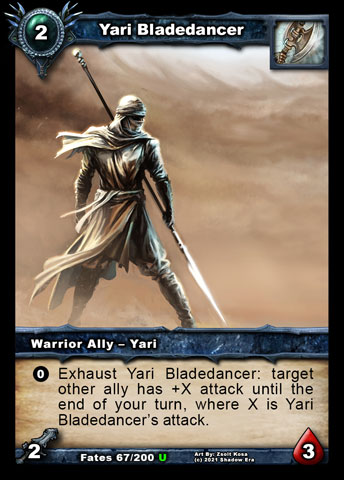 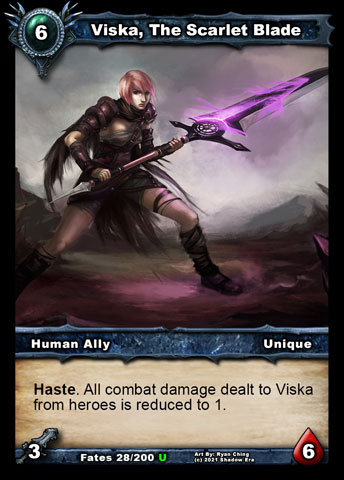 Well first and possibly most important is Yari Bladedancer. He has incredible synergy with hasted allies. Transferring his attack to Viska, for example, will allow you to take down 5 hp ally. If you add attack modifiers to the formula like Aldon, War Banner and Kings Pride even Kris can hit hard up to 9 attack! That kills pretty much any ally in the game.

Viska has replaced Wild Berserker from DP. Even though he costs 1cc less and is class specific ally his requirement to gain haste sometimes gets in the way. His low hp also often do not guarantee survival for next turn. Viska on the other hand with her high hp and weapon damage reduction is hard to take down. Add to this unconditional haste and 1cc difference is completely justified even with unique status. Her passive allows me to go bit lower on item destruction. I usually carry 3 Smashing Blows but thanks to her and other haste allies that number can go lower, opening more slots for allies. 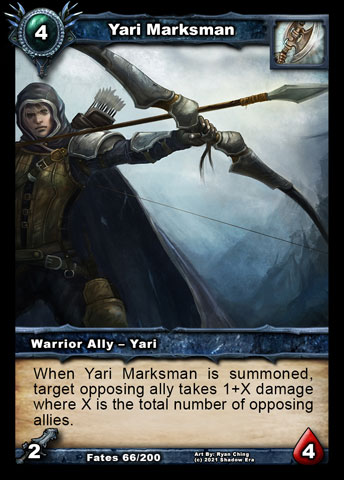 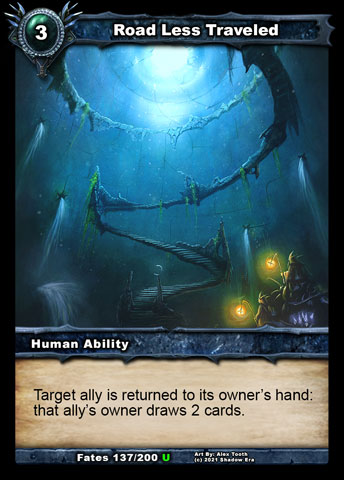 Marksman also allows to carry less ability control cards and instead up the number of allies.

Road Less Traveled has great synergy wit haste allies. Reusing Kris with KP out to draw more allies with haste is usually finishing blow to opponent. 3 copies of it because this deck requires lots of cards to work.

About some odd cards

3 copies of Kings Pride is a must imo. Unlike “normal” Boris where Kings Pride is icing on the cake for finishing blow you absolutely need this armor here because you can’t win by just pining opponent with Kris and FFM. Getting it by T7 is crucial and you need all extra copies against heavy item destruction classes like Priests and Rogues.

Spectral Saber is always a nice card to have for warrior match ups. I did consider Eris but she kinda feels out of place here.

Seductress similarly to Marksman is control in form of an ally. She helps you get trough game when you don’t have kings pride so your low attack allies don’t take retaliation damage.

1 War Banner as I really don’t think you need more. It rarely gets destroyed, so any extra copy can be dead draw.

Deck really plays out itself, but instead of some gameplay advice I am posting a link towards FDL’s YouTube channel. He has match recorded with this deck. One really important thing you must always be aware of is to never waste all of your haste allies without KP in play. That is why I avoid playing Kris until late game. Playing one or two FFM is ok so you can filter cards and set up armor, Aldon and War Banner. But always count how many of them you played so you know how much damage you can produce in following turns.